This post discusses the Standard IBM Bladecenter Chassis, not the T -or H Chassis systems.

A common warning message you might recieve from an IBM Bladecenter is as follows:

The message is normal.

In a normal rudundant situation, all power needs are drawn from both PSU’s, so you effectively have 2 x 2000 = 4000w for a single power domain during normal running. Its not a fail-over system, its drawns its power from both PSU’s at the same time. So its kinda like ‘load balencing’.

In a NON-redudant situation, so when you loose a single power domain, the bladecenter will only have 2000w left per power domain.

With the power policy “Redundant with potential performance impact”, the bladecenter will attempt to clock-down some of the blades servers until the powerconsumption is below 2000w, so it can keep running.

The clocked down servers will of course suffer the “performance impact”.

In short: The Bladecenter you are using is not able to support all blades at full performance, IF you loose power redundancy.
Therefor, actually, these bladecenters can not be considdered “fully redundant” .
It may not suprise you that IBM, not its partners, do not like to easily admit to this limitation.

In the meantime, the warning remains, to remind you that this may happen when you loose redundancy.

There are 2 workarounds:
1. Redistribute your blade servers across both power domains evenly, so you dont use more than 2000 watt per power domain. If you place more servers this will be come unattainable though.

2. Make sure all 4 PSU’s are connected to a redundant power source, so backup power (with generator). This more or less circumvents the entire problem. 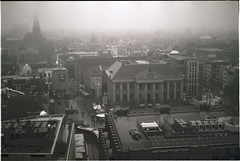 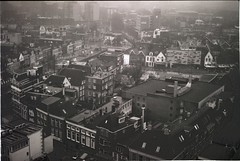 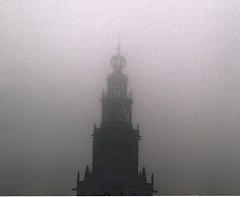